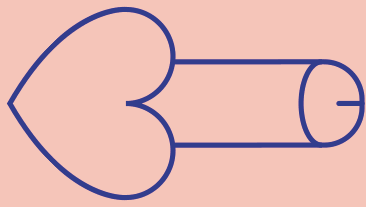 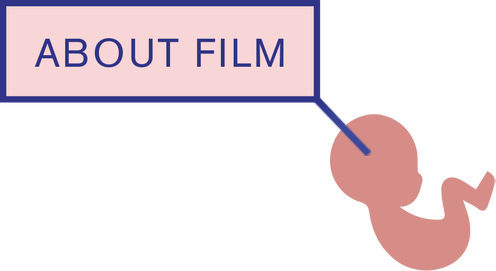 A playful, provocative, and visually opulent film about the hardships of the modern artist. H*ART ON is a pun combining “hard on”, “heart”, and “art”. As the title suggests, the viewer finds themselves at points under the crossfire of spurts of breasts and penises. The frequent sexual motifs in the work of the featured artists intentionally elicit thoughts about the nature and meaning of contemporary art.

Jitka, a guide in the regional museum in Chotěboř escapes the small town by projecting herself into the world of Zdeněk Rykr, a once famous and now relatively unknown avant-garde painter and designer. Looking at his paintings, she imagines his period and his life, and in it sees not only an artist, but a globetrotter and free-thinking intellectual. This also describes Milada Součková, Rykr’s wife, a brilliant writer whose books intrigue a young French student, Cedric. In search of the legacy of Rykr and Součková, he comes to Bohemia armed with the book The Head of an Artist and the central idea that it is only through modern art that the artist of the past can be understood.

In Kolín (the town of Rykr’s student days), Cedric meets the tireless Swiss performer Mark Divo, an enfant-terrible of modern art. “Art is nonsense, especially modern art. And it doesn’t even exist,” says Mark Divo in the film. “It’s a lifestyle,” he says – one that manifests itself locally through art, with the artist as a fundamental component of the work. In the vein of Joseph Beuys, Divo considers the interbellum villa he is refurbishing a new form of art, “inhabited art” and himself a social sculptor.

The feminine principle of sensuousness and growth in art is embodied in the film by Karin Pisaříková, a Czech artist living in Tokyo, who uses primarily her own body, organs, hair, in her work. The foreign culture opens up the opportunity for her to reconsider the age-old question of: what are we and where are we going. She assesses the situation thusly, overstating that “everything is about sex, or dying, birth or dying,” thereby confirming Milada Součková’s philosophical contemplation that “the only thing that exists is life and death – and somewhere between that, there is art”. The stories, ideas, and yearnings of the protagonists are continuously reflected in Mirrorman, a meta-artist, who silently navigates the landscape of the film in an imaginary circle frompop-culture to the wilderness and back.